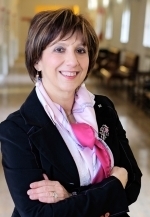 Engineer Daniela Pedrini has a long career in the health sector, with important roles in the management of technical aspects of the hospital. Director of the Technical, Planning, Development and Investments Department of the Hospital-University Authority of Bologna – Sant’Orsola Polyclinic, one of the major hospitals in Italy. Has directed a multimillion PFI contract for the total renovation of the hospital’s energy production. She is Project Manager for renovations and new hospital construction.

She has served as speaker in many conferences in Italy and abroad. She teaches in many healthcare engineering courses and university masters. Co-founder and present President of “Italian Association of Architects and Engineers for Healthcare” (S.I.A.I.S.), 1st Vice President of IFHE (International Federation Hospital Engeeniring) and Past-President of IFHE-EU. She has been honored with a medal of the Italian Republic Order of Merit. 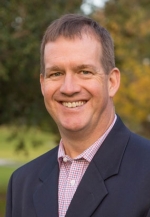 Darryl Pitcher is the past President of the International Federation of Hospital Engineering (IFHE) and CEO of Bethsalem Care and Greenbriars Village in South Australia. Darryl has more than 30 year’s experience in hospital engineering in the public, private and aged care sectors.

He is a board member and Past President of the Institute of Hospital Engineering Australia (IHEA). In his role for the IHEA board he oversees technology and communications and he is editor of the Healthcare Facilities, the IHEA’s quarterly journal. Darryl’s passions include sustainability and innovation to deliver efficient and improved services to improve health and wellbeing. 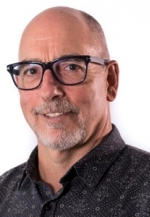 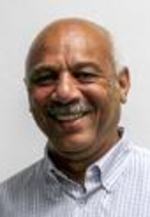 I am Kevin Poggenpoel qualified as a shipbuilder and completed my Higher National Diploma in Mechanical Engineering. I have been involved in Maintenance for my entire working career. 12 years in the South African Navy services and 31 years in the Private hospital Industry.

I have served as Chairperson and President of SAFHE over the last 30 years and been involved with planning of all the local and international congress planning in SAFHE since 1990. 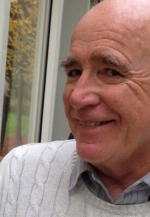 Joined the Health Service in 1966 as an Assistant Hospital Engineer

2000-2004 Assistant Director of Facilities and Capital Development responsible for all facility services within a large acute hospital.  Responsible for a £10,000,000.00 budget with over 200 staff.

With the District Engineer set up and ran an apprentice training programme with eight trainees in post each year.

2005-2009 Following retirement formed a company to provide consultancy to the Health Service on Estate and Facility matters.

Certificate of the Institute of Works Managers.

Fellow of the Institute of Healthcare Engineering 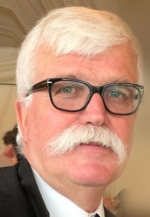 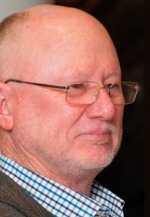 Worked at City of Cape Town’s Electricity Dept. as trainee .

Studied at Cape Town University of Technology & obtained my Higher Diploma in Mechanical Engineering in 1978.

Worked in the drawing office & at a 180 Mw power station as a junior engineer .

Worked for Rembrandt Tobacco ( owner then of Rothmans International)

I was  the departmental engineer responsible for central services & the leaf processing department & also gained valuable experience in managing a large technical workforce.

Joined Mediclinic as a mechanical engineer responsible for hospital maintenance , the company developed from 2 hospital to over 75 internationally in South Africa, Namibia , Dubai , Switzerland & England.( the Spire group of hospitals is not included in the hospital count of 75 as we do not fully own & manage them ) over a period of 30 years.

1989 – I became  the General Manager of Morningside Clinic ,on the request of the Mediclinic board , a 220 bed multi discipline & cardiac  hospital in Johannesburg ,after a year  I had turn it into a profitable hospital &I decided I preferred engineering & returned to my previous role in hospital maintenance.

I became the Engineering Services Director & my department developed into a national Staff of over 450 country wide  including a Head office Staff of 20 plus  specialist’s in Planned Maintenance , Clinical Engineering , Sustainability , Electrical & Mechanical Services  ,Energy Saving & ISO 1401 Accreditation ( we were the only hospital group who had group wide ISO 14001 accreditation in the world) .I assisted in the redesign & upgrade of existing hospitals  &  the design of new hospitals during this period .

We were responsible for the maintenance of South Africa’s 54 hospitals  buildings , plant & clinical equipment .

I later became SAFHE president & am a life member, from 1997 I have attended all of IFHE meetings & congresses.

In 2002 I joined the IFHE EXCO as second vice president & hosted the 2006 Congress in Cape Town as President .I have been on the IFHE EXCO since 2002 in various roles .I was asked to present IFHE in visit’s to Africa ,South America & Italy.

As GM Technical I was responsible for all purchasing ( including clinical equipment ),maintenance of all hospitals plant & equipment , the renovation & upgrade of  existing hospitals & the purchase of ground ,the design , building & equipping of new hospitals .

During the 8 years before I retired I was responsible for the upgrading &  expansion of 30 hospitals ranging from 30 to 350 beds & the design & construction of 6 new hospitals between 150 & 250 beds in size .

During my career I have visited hospitals in  over 18 countries worldwide, all the major hospital equipment manufacturers in Europe & USA  & have gained broad experience in all aspects of hospital management ,equipment ,maintenance , design. 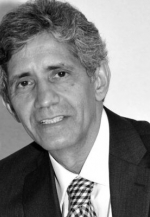 Member of the Brazilian Academy of Hospital Management (ABAH). Member of International Academy for Design and Health (Design & Health) and Leader of the South America Chapter. Professor in graduate and post-graduate courses in architecture, healthcare, ergonomics, and hospital management.

Author of books and publications on hospital architecture, human comfort, healthcare environments and ergonomics. Past President 2011/2014 of the Brazilian Association of Healthcare Building - (ABDEH) 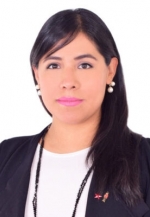 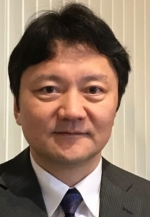 Yoshihisa Hirayama PhDYoshihisa Hirayama is managing director of PS Company Ltd, a HVAC systems manufacturing company in Japan. He has a background in mechanical engineering and his expertise is in the field of healthy indoor climate and thermal comfort.

He has been involved with the Organizing Committee of the Environmental and Equipment Design Award of the Association of Building Engineering and Equipment for the past 18 years, and is a member of the Architectural Institute of Japan, and the Society of Heating, Air-Conditioning and Sanitary Engineers of Japan 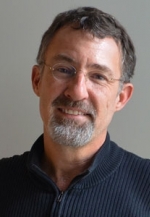 Walt has degrees in Math, Philosophy, Engineering, Business, and Law. He is the CEO of Mazzetti, an employee-owned Benefit Corporation focused on healthcare technology and infrastructure, with offices across the US and in India. He is also the founder and CEO of Sextant, a not for profit committed to developing sustainable infrastructure for health facilities in low-resourced countries around the world.

Walt has a long history of driving change in ways that help healthcare reduce its environmental footprint. He represents the US to the International Federation of Healthcare Engineering, and he serves on the Exco for the IFHE. He co-authored the unpublished WHO book, Health in the Green Economy: a prescription for the Global Health Sector, and he consults to the WHO through his position with IFHE. He works to develop healthcare standards for IEEE, ASHRAE, NFPA, and FGI.

Walt led the efforts of the American Hospital Association to create and develop its national sustainability programs. He was a co-chair of the Green Guide for Healthcare; he helped to develop the ASHRAE Advanced Energy Design Guides for Healthcare. He co-led the team that won the Kaiser International Small Hospital Big Idea Competition; and he is the vice-chair for the ASHRAE 189.3 Healthcare Sustainability Standard. Walt is also on the National Board of the Association of Medical Facility Professionals, and the Facility Guidelines Institute, which publishes the national model licensing code for health facilities. Walt wrote the National Academy of Medicine Paper 2030: Next Steps to Healthcare Climate Leadership. He is currently leading the new ASHRAE Infectious Aerosols Position Document development.

Walt is a frequent speaker/author on healthcare infrastructure. He leads the research efforts for the FGI. He is a frequent research partner for Lawrence Berkeley National Labs. His most recent project with LBNL is the US-India Energy Alliance, developing energy reduction strategies relevant to hospitals in both India and the US. Walt has done numerous projects to bring infrastructure to low-resourced countries, including India, Burundi, Sierra Leone, Haiti, Honduras, the Dominican Republic, and the Philippines.

Walt is currently the PI for grants from ASHRAE, NFPA, the and the University of California Office of the President. Walt is currently leading two grant-funded projects from the California Energy Commission; one, to write the book on Decarbonizing Hospitals, and a second to design and deploy a microgrid for the emergency system of a major California hospital. In the US,
Walt spearheads the climate consulting business for Mazzetti, helping clients with a wide range of solutions, from purchasing, to data flow, to carbon accounting, to behavior change. 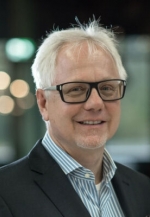 Matthias is a diploma engineer in electrical engineering. As a sales manager at BENDER he has morethan 25 years’ experience in the field of electrical safety in healthcare worldwide.
His papers were presented in all continents (more than 40 countries) and he is in close contact with
national committees for safety requirements in healthcare world-wide.

Further he was announced as an active member in the DIN VDE committee UK221.4 and in the
international committee MT40: “IEC60364-7 Electrical installations of buildings – Part 7-710:
Requirements for special installations or locations – Medical locations”
As a board member of the WGKT (scientific association of healthcare technology) www.wgkt.de he is
representing Germany within the IFHE. In Oct 2018 he has been appointed into the ExCo of IFHE
https://www.ifhe.info/