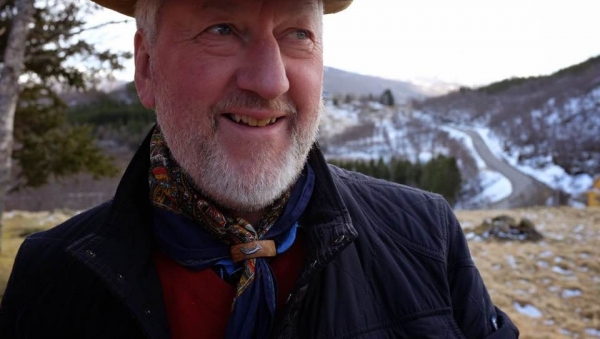 A very good friend has passed away
It is with great sadness that we have received the news of Ole Rist's death. We will miss his great personality, friendship, and always dedicated efforts for FSTL and IFHE.
Tweet

Ole was 69 years. He has left his wife Liv, children and grandchildren. The family was strong in Ole’s heart, and he spent as much time as possible with them at home and at the cabin he appreciated so very much.

I got to know Ole from the 1980s when he began work as a technical manager at Stokmarknes Hospital. He came from the position of lieutenant in the Norwegian Airforce at Vardø and later Sørreisa. He was soon interested in FSTL and helped build it into an important organization in Norwegian hospitals as there was a great need to build knowledge about the operation of hospitals nationwide. Ole participated in this task with great skill and knowledge.

Ole was a knowledgeable man within most areas. He was interested in sciences, cars, history, geography and travel. If there was anything we did not know we asked Ole. He knew answers to most questions. His versatility was also large. In work I found that he was on the supply side. When I made a telephone call to Stokmarknes Hospital in the 90’s I was told that &quot;he Rist was out driving a tractor.&quot; He was never afraid to take on any job. In Norwegian hospital engineering he put Stokmarknes Hospital on the map.

Ole was interested in international work. Sometime in the 80s, he called me and told me that there was an international organization called IFHE, International Federation of Hospital Engineering, which would meet in London. Ole and I found out that we had to scrape together enough money for him to attend this meeting. He came back filled with enthusiasm and we decided that we should work to ensure that FSTL and Norway would participate in IFHE. We applied for membership two years later. Two young men went to their first international meeting of IFHE with application papers for membership in their pockets. Norway joined IFHE.

FSTL got very active in IFHE organizing World Congresses in 2002 and 2012. With 700 and 400 participants respectively. The Congress in 2012 was on the Hurtigruten coastal steamer where amongst other ports we visited Stokmarknes where Ole proudly showed us the great new hospital in Stokmarknes. Ole was then appointed President of IFHE.

Many other things may also be mentioned about Ole. In particular his interest in Citroen cars was also great. He visited Citroen dealers, Citroen collectors and Citroen museums worldwide. I do not know how many hours he has spent in the garage at home and at the cottage.

Personally, I have lost a friend. A very good friend. A friend I often had daily conversations with. A friend I will miss deeply. A loss I know I'm going to have with Liv and all those who cared about Ole including the whole IFHE community.