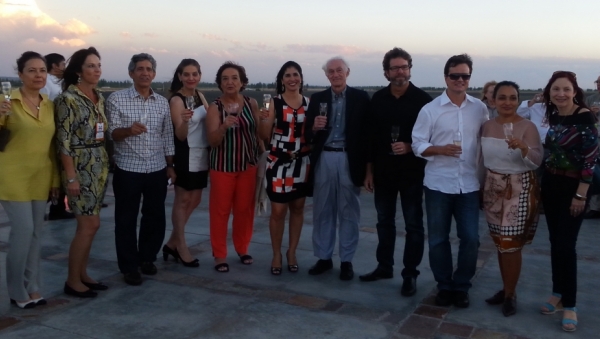 Brazil in Argentina Congress 2013
The Brazilian Association ABDEH participated at the 24th Congress of the AADAIH in Mendoza, Argentina 5.-8. November. See pictures and report...
Tweet

The participation of the  Brazilian Association ABDEH in the 24th Congress of the AADAIH in Mendoza, Argentina

During the event there were several activities related with the IFHE, like the meeting between the Presidents of ABDEH (Fábio Bitencourt) and Vice-President of IFHE(Liliana Font), President of AADAIH (José Turniansky) and a representative of Arkhos (Heriberto Hildebrandt) the new Associationof Hospital Architecture and Engineering from Chile, which is proposing its entry in the Federation for later this year.

The AADAIH Congress was attended by four representatives of ABDEH, in a panel dedicated entirely to Brazil and its diversities. The president of ABDEH, architect Fabio Bitencourt, opened the panel with an overview of hospital architecture in Brazil. The Vice President of Technical and Scientific Development, architect Marcio Oliveira, presented some ofhis work on the architecture of laboratories and the architect Celia Schahin, former regional director of ABDEH for the state of São Paulo, presented her project ofa new oncology center in that capital.

The former president of ABDEH,architect Flavio Kelner, concluded the Brazilian participation in the event with a presentation on how some projects in the healthcare area, developed by his office, are influencing the process of revitalization of the central area of the city of Rio de Janeiro.

Besides the above presenters, were  present at the congress the architects Joice Patrocinio and Cecilia Martinhom, respectively regional director and executive coordinator of ABDEH in the state of Goiás, as well as the engineer Flavia  Borges and architect Fatah Mendonça, both from the Federal District Chapter of ABDEH.

ABDEH - Brazilian Association of for the Development of Hospital Bulding 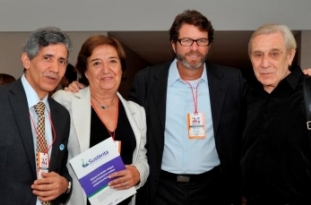 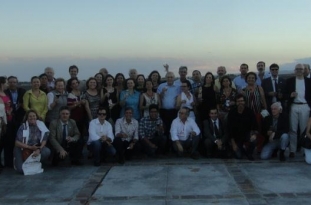