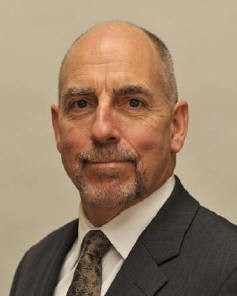 The Canadian Healthcare Engineering Society (CHES) is very pleased to announce that the recipient of the 2012 Hans Burgers Award for outstanding contributions to healthcare engineering is Steve Rees, CGM.

Steve Rees is the Vice President of Capital Management, Edmonton Zone for Alberta Health Services. Steve is a Certified Facility Manager, holds three trade certificates, and a graduate of the University of Alberta’s Construction Administration Program. He has worked in Healthcare Facilities Management for the past 33 years and is a past president of the Canadian Healthcare Engineering Society. Steve Rees has made substantial contributions to healthcare engineering in Canada throughout his career. Steve is well known and respected within the communities of healthcare engineering, Canadian Standards Association, Alberta Health Services, and many other associations.

Steve served as the Vice President, President, and Past President on the CHES Board of Directors, with his presidency occurring from 2005-2007. During his time on the CHES Board, Steve was instrumental in moving CHES forward with such initiatives as the Hans Burgers and Wayne McLellan Awards among many others. Steve has also participated in the development of several important healthcare engineering CSA Standards.
In more recent years, Steve continues his influence on the CHES organization through his continued leadership in the field of benchmarking in healthcare facilities management. Steve’s efforts here have resulted in a positive partnership among ASHE, IFMA and CHES and will bring critical data to all healthcare facilities managers across Canada. In addition to his work with CHES, Steve has remained active with CSA in the further development of that construction standard and also through the more recent challenge of developing a new standard for planning and design of healthcare facilities. Steve was one of CHES’s representatives to the CSA Z8000 standard.

Steve has also provided extensive leadership and outstanding contributions in healthcare engineering throughout his career in most of the Edmonton area hospitals. He became the first incumbent in the newly created position of Vice President for facilities Maintenance & Engineering for all Alberta hospitals within Alberta Health Services and has successfully lead the hospitals through significant changes. After a corporate realignment more recently, Steve became Vice President for Capital Management in Edmonton and area, responsible for Facilities Maintenance & Engineering, Project Management, Clinical Engineering, Protective Services and Property Management. As the healthcare system develops in Alberta, Steve is in a key leadership position to continue to lead the facilities management and construction teams through significant challenges.