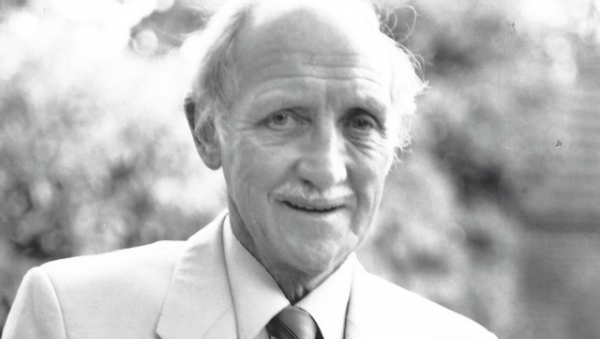 In memory of Basil Hermon
Basil Hermon has left us. In 1970 Hermon was one of the five founding members of the IFHE in Rome, which eventually brought together hospital engineers in over 30 countries.
Tweet

Basil Hermon joined the NHS at Sheffield RHB as Assistant Engineer in 1956, having worked in engineering services in the private sector.  He left school in 1934, aged 14, to take up an offer of work in gas and hot water heating, such an offer being rare  during the depression, and then attended evening classes.  In 1938/39  he was invited to work in a project to extract TNT dust from bomb assembly plants being built in several sites in the country.   This was classed as essential work which deferred his call -up to the armed services for two years.

When this work was finished he was called into the Royal Artillery and served in North Africa and Italy.   After demob he worked in contracting on large constructions and attended evening classes to obtain ONC and HNC, which admitted him to membership of IHVE, which became CIBSE, and to obtain FIMechE and MICE.

He went from Sheffield to Birmingham RHB as Deputy Regional Engineer and in 1969 to Oxford, where he was appointed Regional Engineer.  Following the 1974 reorganisation he became Regional Works Officer at South West Thames Regional Health Authority, covering hospitals and health services in South-west London, Surrey and West Sussex, where he remained for ten years until retirement in 1984.    In the 1980 New Year Honours List he was appointed CBE.

In 1970 Basil was one of the five founding members of the IFHE in Rome which eventually brought together hospital engineers in over 30 countries.   He served as a council member, treasurer, general secretary and was president at the  international  congress in London in 1990.   He was made Honorary Fellow of the Institute of Hospital Engineering (Australia).

In 1949 Basil married Elsie Martindale, and a son and daughter were born.    Following Elsie’s death, in 1976 he married  Moya Thomas who survives him, along with his two children, six grandchildren and three great-grandchildren.

Basil died on 23rd February after two knee operations in November and December from which he was unable to recover.